The Canons Playground
<   Back 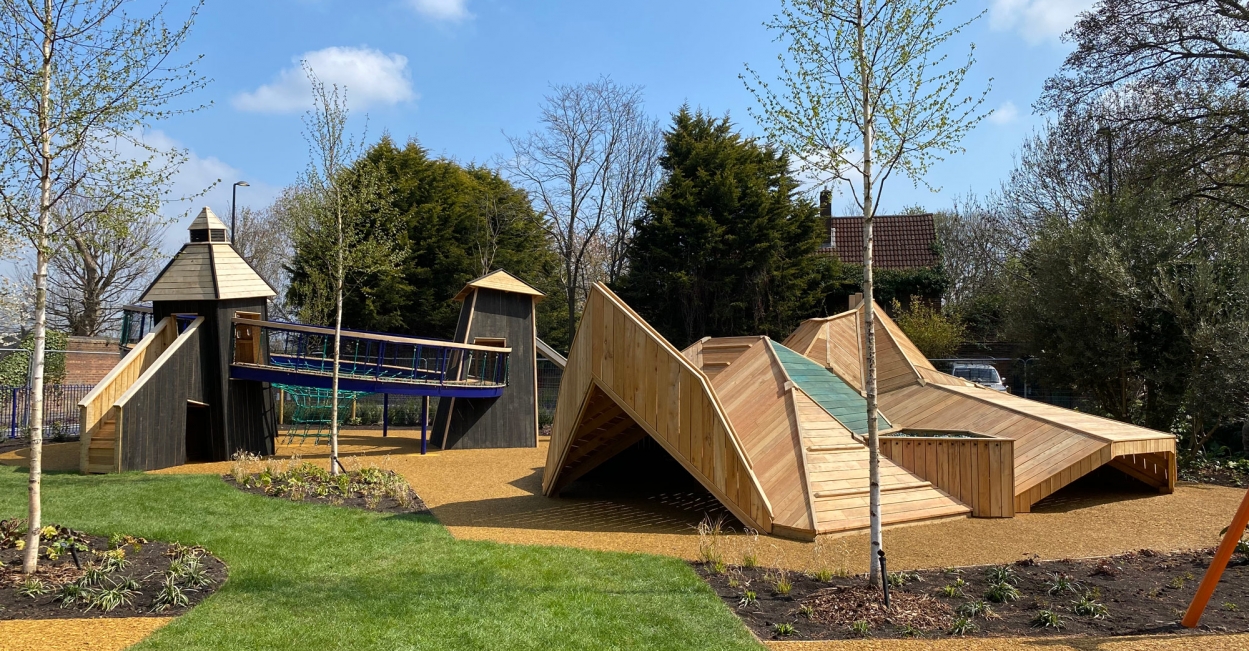 Southern Green collaborated with Studio Hardie to create an exciting new play space at The Canons. During a series of workshops with local families and children, children were trained up as play designers, considering all aspects of their future play space. From design concept to the finer details of materiality.

The children developed designs responding to the heritage of the site, in particular a dovecote dating from the medieval period. Studio Hardie helped develop their ideas into a scheme, and interpreted this directly from their experiments, retaining many quirky interpretations. A key play element was inspired through a combination of playing with paper as a material and the way the children scrumpled paper.

The unique play space provides a series of accessible play environments with different play value which the community are very proud of.