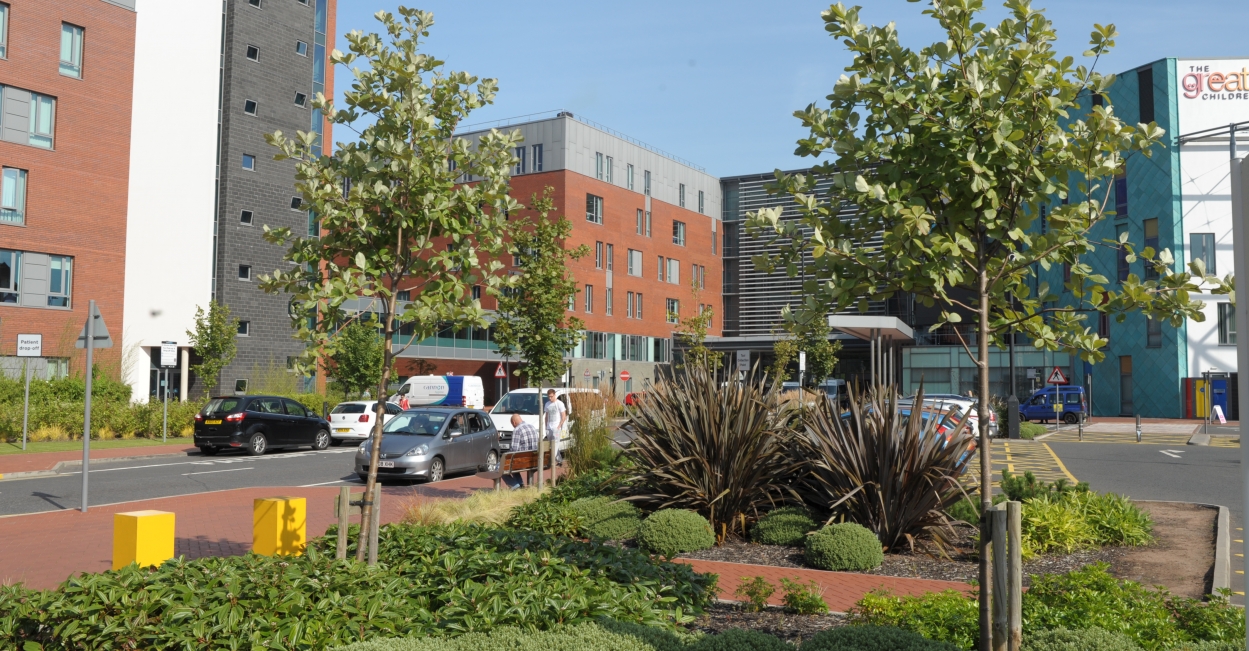 Works at the RVI included demolition of many of the old Victorian nightingale wards for replacement with new buildings including the new Children’s Hospital, Atrium and Culture Centre.  Southern Green’s scope included landscape masterplanning, as well as detailed hard and soft landscape design for the external spaces and internal courtyards.

The listed boundary railings were amended to include a new gateway to reveal the facade of the Peacock Building and statue of Queen Victoria for the first time. Complex softworks and hardworks were required to meet strict design guidelines, to overcome levels differences and to provide an interface between the old and new parts of the hospital, and to find a balance between the Victorian and contemporary architectural styles.