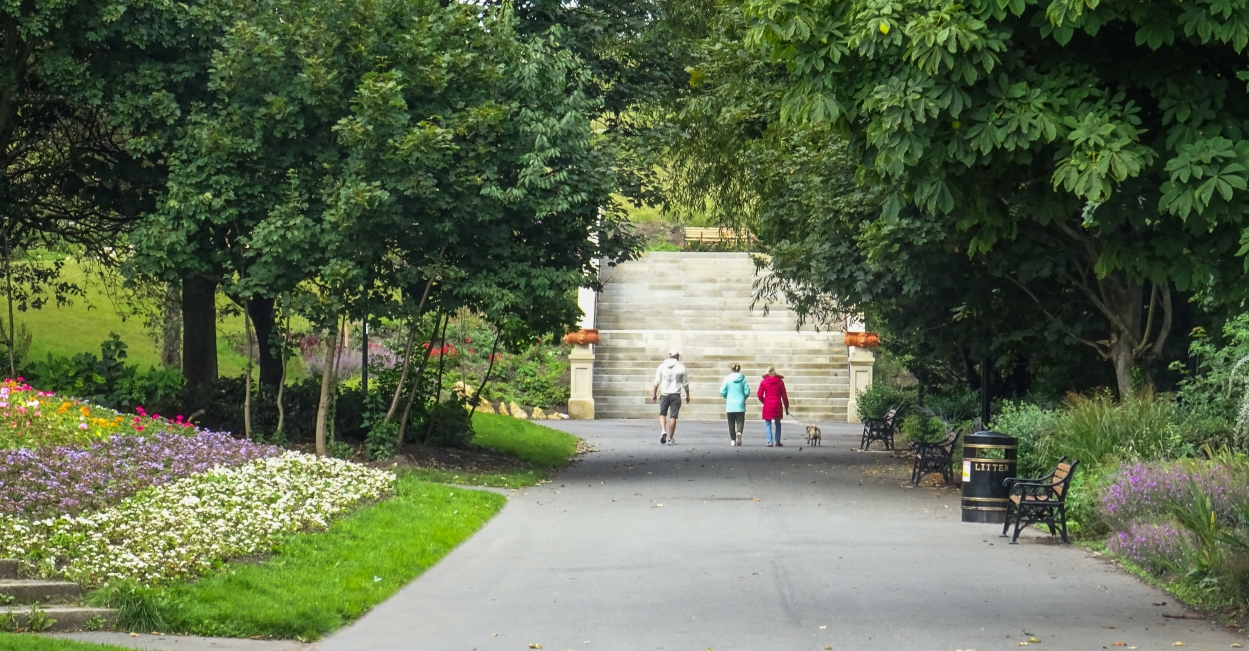 North Marine Park is an early example of a Victorian industrial reclamation scheme.  The site had been used for a variety of industries and was reclaimed with ballast from ships, ‘moving’ the cliff top Arbeia, the Roman fort, significantly in land. The park, opened in 1886, now forms part of the Registered Marine Parks sited along South Shields Foreshore, a popular tourist attraction and local community resource.

Southern Green was appointed to prepare the National Heritage Lottery Fund application and subsequently to deliver the £2.4m project. The project focussed on restoring original features including the grotto, park promenade, grand staircase and terracing as well as improving access into and throughout the park. Works also included improvements to the bowling greens and clubhouse, a new play area, extensive planting works as well as the integration of landmark artworks and interpretation.